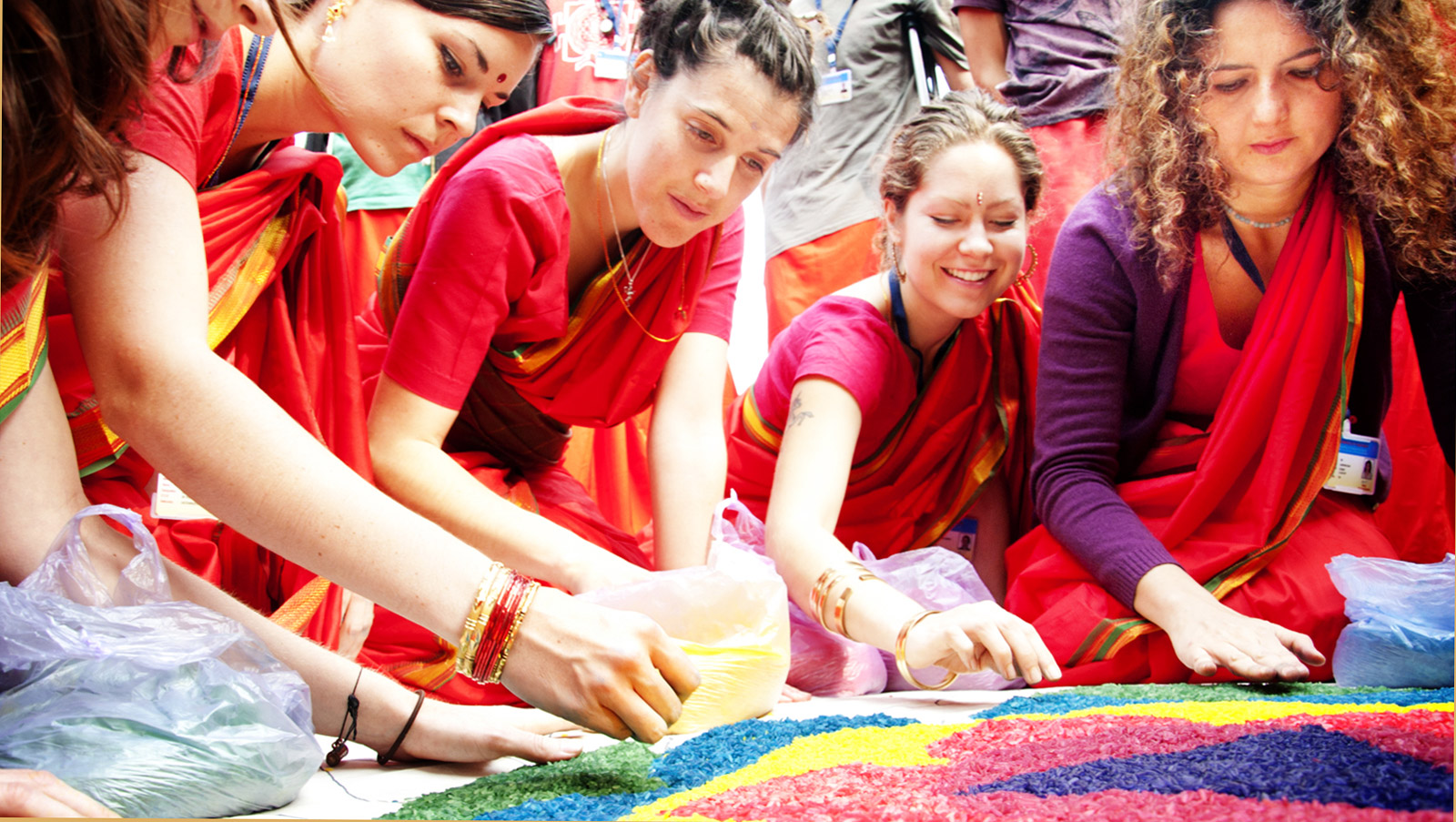 Shiva is once again on mountaintops lost in the void doing his sadhana. Parvati`s maternal instincts are on fire. She desperately wants a companion. She creates a son out of a particle of her essence and sandal paste; grants him life by blowing her breath. Exalted by her creation, she spends all her time with this beautiful baby as he grows into a young boy.

One day when Parvati wants to take a bath in the lake. She asks her son to not let anyone near her. Shiva came out of the blue, He was in no mood to tolerate this unknown kid blocking the way and cuts his head. Parvati gets furious and scolds Shiva. Feeling sorry for his rash act, Shiva replaces the kid’s head with the head of his Gana`s; his troops.

So, comes Ganesha into existence becoming one of the most popular deities in the Hindu pantheon.

No idea, when somewhere down the line Gana`s head was replaced by artists with an elephant head. To this day, this elephant-headed God can be found at most of the household or workspace entrances.

This big head is not there for decoration; he is known for his big brain with extraordinary intelligence. This quality makes him the patron of learning and writing in arts and sciences.

Lord Ganesha is worshiped as the remover of obstacles and bringer of good luck. His statues at entrances are meant to welcome these qualities. He is honored to start every ceremony or ritual.

These two main powers he symbolizes; removing obstacles and mastering intellectual study are all derivatives of the grand intelligence he represents. When we have command of our mental capacities, we can see through the obstacles in life. Most of the time they are in fact obstacles we generate in our thoughts. Through common sense and intelligence, we may as well dissolve all these obstacles with greater ease.

Ganesha Chaturthi is the time of the year usually around the end of August/September when this precious deity is being worshipped widely.

Statues in all sizes made out of soil decorate altars and houses for 10 days. Sweet offerings are made to Ganesha. After all the brain needs sweets to work well!

By the end of the festivities, it is common to dissolve these statues in rivers. Symbolic to how we create and dissolve Gods in our higher mind whereas troubling stories in our lower mind.

Let`s dedicate this period to sharpen our intelligence by invoking the powers of Lord Ganesha!