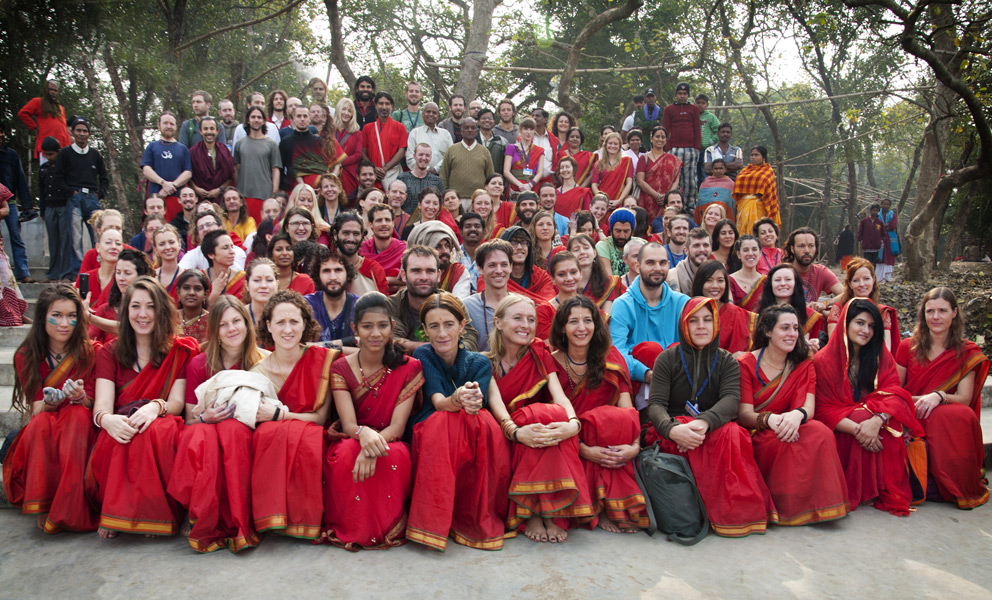 From 2012 to 2018 Guruji offered a rare and difficult Sadhana to a select group of people.  Over the duration of six years, many pilgrimages and long hours of arduous practice, 64 disciples underwent a journey to polish their physical and energetic bodies.  Through a series of initiations Guruji supported them in clearing their energetic pathways to allow for them to live spiritually embodied,  free from astrological influences, karmic ties and to have the capacity to hold Shakti Kundalini.

A number of Guruji’s disciples are teaching the Shivoham Tantra path this includes some of ‘The 64’ as well as a other disciples whom have been initiated into the Shivoham Tradition but do not hold the same authority as ‘The 64’ .

Here is a list of the various Shivoham Tantra Disciples teaching around the world. Meeting with them (in particular ‘The 64’) can be a great way to receive an introduction into Shivoham Tantra.

Study with one of The 64 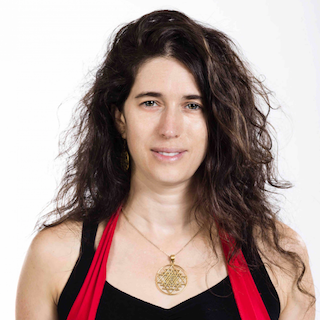 Naama is the leading traditional indian tantra teacher in Israel. She is the founder of the Tantra Marga School and leads a spiritual community in Israel. She started her journey in 2001 and has been teaching since 2005. Throughout the years she has been studying and living with teachers around the world until she found her home with Shivoham Tantra and Guruji. She has lived in the ashram, serving in the retreats as well as creating a book of Shivoham Tantra knowledge. WEBSITE: tantramarga.com CONTACT: [email protected] 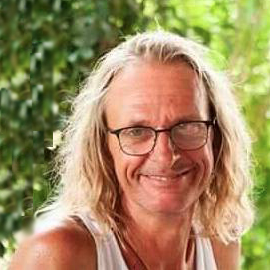 Basu is an experienced teacher and has been giving courses and retreats in yoga, tantra, and meditation in India, Thailand, Greece, Denmark and Austria since 2000. He offers clear teaching and practice from different spiritual traditions without them losing their originality. He began his yoga sadhana (spiritual practice) in 1997 and was in the following period introduced into Hatha Yoga, Kundalini Yoga, Tantra, Vipassana, and Qi Gong. In 2002 he was initiated in Kriya Yoga by Swami Shankarananda Giri. In 2008 Swami Shankarananda Giri gave him the allowance to introduce and guide others into Kriya Yoga and in 2016 he became a Kriya Acharya and can give initiation into Kriya Yoga. He is the founder of Kriya Dharma and Co-founder of Ellas Retreat. WEBSITE: www.kriyadharma.com CONTACT: [email protected] 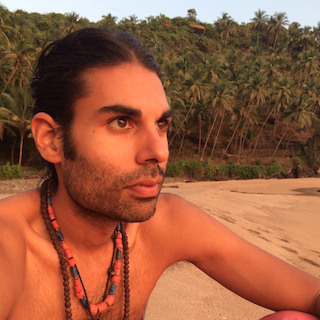 Bobby has been leading Kundalini Tantra retreats since 2015 under the direct guidance of Guruji Maharaj. He currently leads Tantric Pilgrimages in the Himalayas and other Sacred sites throughout India as part of Shivoham”s transformative energetic processes. Bobby also works together with Guruji Maharaj to lead a highly specialized empowerment process designed specifically for Healers and Therapists. Feel free to contact Bobby for more information on either process. WEBSITE: Kalagni.com CONTACT: [email protected] 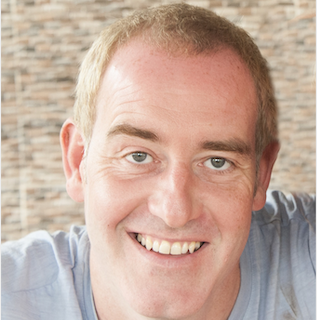 Fraser (Vasudeva) Aryavrat has been practising and teaching yoga and meditation since 2002. In 2009 he met Guruji Raj Kumar and has been a devoted disciple ever since. In 2012 he founded as one of 4 Alpenretreat, where together with his wife Beatrice Aryavrat and the Alpenretreat team they hold retreats according to the tradition of Guruji. WEBSITE: alpenretreat.com CONTACT: [email protected] 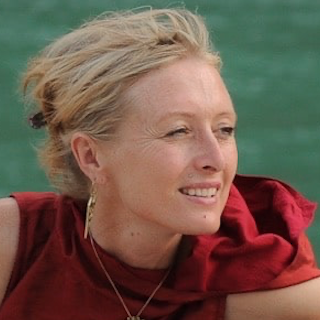 Radasi is devoted deeply to Guruji & the path of Traditional Tantra and has dedicated her life to serving this lineage and the teachings. She spends extensive periods at the ashram here in India, teaching and actively in her own sadhana. Radasi is the founder of the school Satya Loka, a school which offers Traditional Tantra & Yoga mainly in India, Greece, Austria and Russia. Together with her husband Yorgos Mazarakis they hold retreats and personally guide people on the path, they also offer advanced levels of training including the transmission of the system of Sharabh Tantra Yoga. WEBSITE: www.satyaloka.net CONTACT: [email protected] 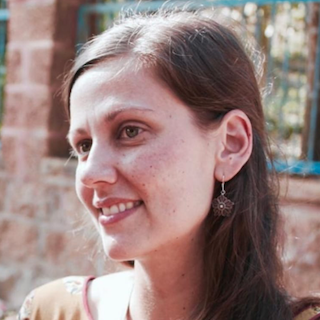 Lillian has been a practitioner of yoga and meditation since 2006. She is a devoted disciple of Guruji, and has been steadfaststly practising the teachings of the Shivoham lineage since 2011. Lillian is passionate about the arts and education. Her love of Indian spirituality and art led her to begin learning Odissi Indian Classical Dance in 2011. Lillian attends the Sohamasmi Centre for Performing Arts, where she is a senior student and teacher of Odissi dance. She holds a Masters degree of teaching and a graduate diploma of Sanskrit from the Australian National University. Along with her husband, Simon Aryavrat, and mother, Janie Aryavrat, Lillian has hosted a number of Navaratri, Diwali and Shivaratri sadhanas at their home in Melbourne, Australia. CONTACT: [email protected] 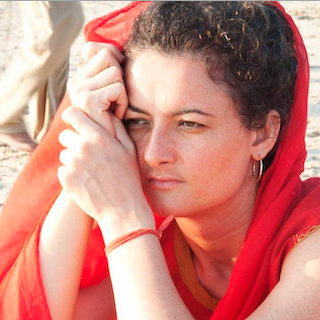 Dijan is a practitioner of yoga and meditation for many years, and her work is a synthesis of yoga therapy, esoteric tantra knowledge/practices and meditation. She offers retreats and private consultations at Samyama Mindfulness Meditation Center in Ubud/Bali as a co-founder. She studied with Guruji Rajkumar Baswar since 2012 and actively supports the transmission of these precious teachings as a teacher and karma yogi. Since 2016 she offers Navaratri and Diwali Sadhana`s, workshops on Mahavidyas and other processes from the lineage; supports her students in their practice through private consultations. WEBSITE: www.dijan.co & Samyama.com CONTACT: [email protected] 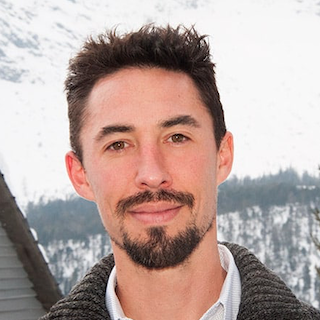 Jan took initiation with Guruji in January 2010. Since then he is a devoted disciple and came to Guruji almost yearly for personal sadhana and practice. In the last years he was also facilitating Shivoham Tantra based retreats in the ashram in India and in his home the Yogaresort AlpenRetreat in Austria. In 2019 he successfully completed the Sharabh Yog TTC. In the last years he facilitated many different courses and retreats in which he inspired many people to practice yoga and integrate the yoga philosophy into their daily lives. WEBSITE: alpenretreat.com CONTACT: [email protected] 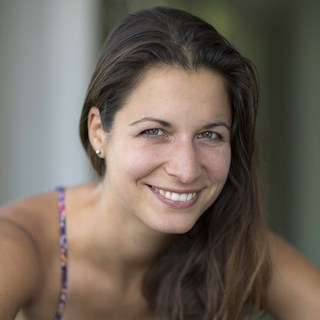 Through the blessings of studying traditional tantra in India under guidance of Guruji since 2013, Dasha has been able to bring the teachings to Czech Republic where she enjoys organizing yagnas, mantra meditations and short retreats. She has also been leading pilgimages to sacred places in India, traveling and teaching tantric yoga in different countries. Feel free to contact her in English or Czech. WEBSITE: www.simhayoga.cz CONTACT: [email protected] 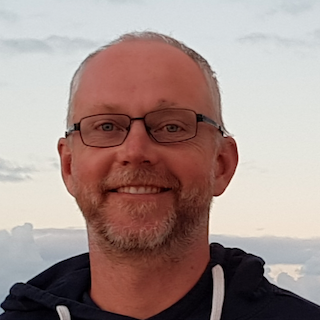 Simon has been a practitioner of yoga and meditation since 2007. He is a devoted disciple of Guruji, and his spiritual path has been dedicated to the teachings and practice of the Shivoham lineage since 2011. Simon has facilitated retreats at the Shivoham Ashram and taught meditation in Melbourne, Australia. He has hosted Navaratri , Diwali and Shivaratri sadhanas together with his wife, Lillian Aryavrat and her mother, Janie Aryavrat. CONTACT: [email protected] 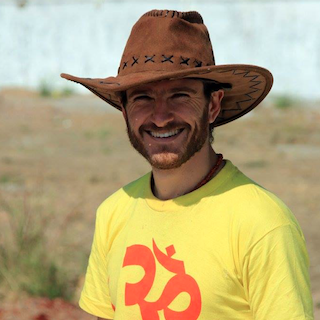 Tomer has been practicing and teaching yoga and meditation since 2004. In 2009 he met Guruji Raj Kumar and has been practicing and teaching under his guidance ever since. Spending extensive periods in India with Guruji, and in various Shakti Piths. Tomer is a trained transpersonal psychotherapist and combines his work with trauma work, healing and bodywork, together with Mantra Initiations and Guruji’s other processes, teaching and holding retreats both internationally and in the Shivoham Ashram in India. CONTACT: [email protected] 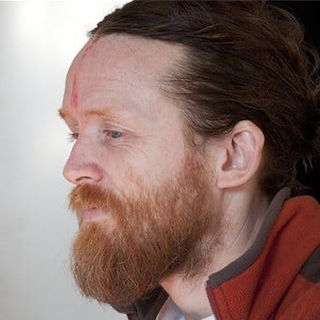 Bhairav, also known as Thomas is the founder and owner of Anuttara Ashram and co-founder of Anuttara Yoga. Bhairav is a wacky, fun-loving, and rather humouristic yogi. Bhairav first started studying Tantra in 1999 and has been teaching since 2001. He was one of the first western disciples to meet Guruji in 2008. He has been diligently and wholeheartedly practicing Shivoham Tantra ever since. Under the guidance and with the blessings of Guruji, Bhairav has initiated approximately 500 people into Mantra Sadhana. Since 2011, he has led 15 Navaratri & Diwali Retreats at his Ashram in Canada. WEBSITE: anuttara.org CONTACT: [email protected] 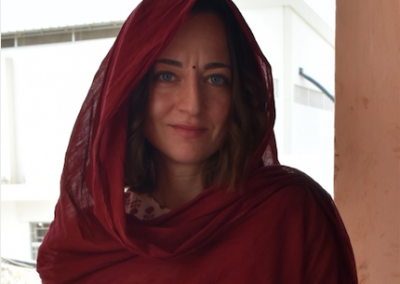 Bhavani is sharing sadhanas together with Basu in Ellas Retreat in Greece and has been practicing Guruji sadhana with dedication WEBSITE: www.ellasretreat.com CONTACT: [email protected] 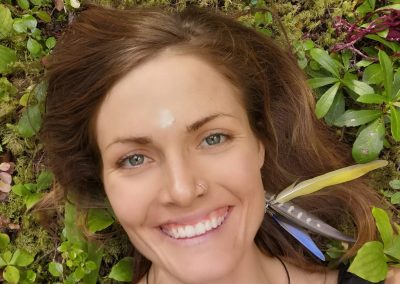 Artemis is a Yoga & Meditation Teacher working, living and studying off-grid at Anuttara Ashram in the mountains of Northern BC. She has been studying different spiritual traditions since 2008 and teaching since 2010. In 2014, Artemis was initiated into Tantrik Sadhana through Guruji. Artemis has been leading Guruji’s Sadhana’s alongside her husband Bhairav Arayavrat since 2015. WEBSITE: anuttara.org CONTACT: [email protected] 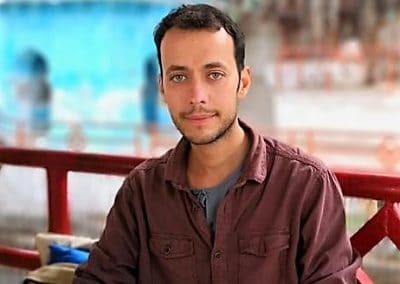 Georgios is leading Sadhana Retreats in Greece. He has been introduced to Tantra and Hatha Yoga when he was 19 years old and started the Yogic Sadhana with enthusiasm and deep interest in spirituality. In 2014, he connected to Guruji Maharj and started traditional Tantric Sadhanas. He is introducing people into Kriya and traditional Tantra since 2016 with the permission and blessings of his teachers. CONTACT: [email protected] 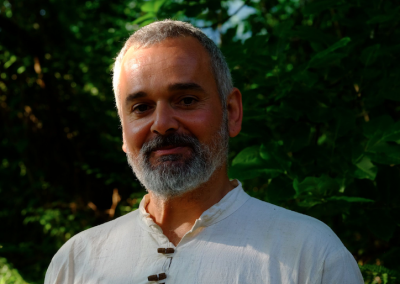 Yorgos is whole heartedly dedicated to the sadhana and guidance he receives from Guruji and is active in teaching Guruji’s path in Greece. and India. Last year he organised for the family to obtain their European visa, and cherishes time he can spend with the family especially Guruji’s son Sharabh. Together with his wife Radasi Yorgos transmits Sharabh Tantra Yoga and guides others in meditation and presence. WEBSITE: www.satyaloka.net CONTACT: [email protected]